for what can safely be described as Ghana’s best football club in terms of achievements both at home and abroad was laid by 13 young men led by a young driver, Kwasi Kuma ably assisted by his close friend Lawrence Yaw Asamoah, an electrician.

Kwasi Kuma from Nyankyerase near Kwadaso, a Kumasi suburb, was a driver in the colonial days to a Col. Ross an English Amy officer in the Gold Coast Army. In early 1924 Kwasi had watched an exciting football match in Accra between Accra Standfast and Accra Hearts of Oak and was really thrilled. He developed so much interest in football that he nursed an ambition to form a club of his own in the future. Hearts won the said match 2-1 and Sir Gordon Guggisberg, Governor of the Gold Coast presented a set of jerseys to Hearts for their good performance.

When Col. Ross returned to Britain for good towards the end of 1924, Kuma also had to return home to Kumasi where he decided to pursue his ambition of forming a club of his own. Indeed he had bought a set of jerseys from Accra for the purpose. With co-operation of his close friend, Lawrence Yaw Asamoah, he formed Kumasi Rainbow towards the end of the year 1924.

Two years later the name was changed to Ashanti United after the leaders had succeeded in recruiting a number of young promising students from ECM (Anglican) and AME Zion and Government School all in Kumasi. The two gentlemen tried to promote the game in Ashanti and within five years Ashanti could boast of strong teams like Evertons, Royals, Never Miss, Europeans, Primrose and Highlanders.

In 1931 it was decided once more to change the name of Ashanti United to Kumasi Titanics. This was the time the club had been really handicapped because most of their players in government departments like the Prisons and Railways had gone on transfer from Kumasi.

The story goes that Titanics did not find enough luck in their new name and in 1934 they adopted a more powerful name- Mighty Atoms.  Still the club did not see enough progress and in 1935 Mr. James Frimpong, popularly called Teacher Frimpong, a teacher at the Kumasi Government School, now Asem Boys School, organized some young energetic boys from his school and suggested  a change of name from Atoms to Asante Kotoko. This was after he had obtained special permission from the Asantehene Nana Sir Osei Agyeman Prempeh II.

The club was officially inaugurated on August 31, 1935 before a great assembly of chiefs and people from all walks of life. The Asantehene was represented by the Atipinhene of Kumasi, Nana Boakye Yamoa.The Asantehene and the Atipinhene were elected patrons and the first elected officers were James Darkwa- President, John Darkwa- Treasurer, John Osei- Secretary, Kwame Frimpong and Kwasi Oppong- Trainers. 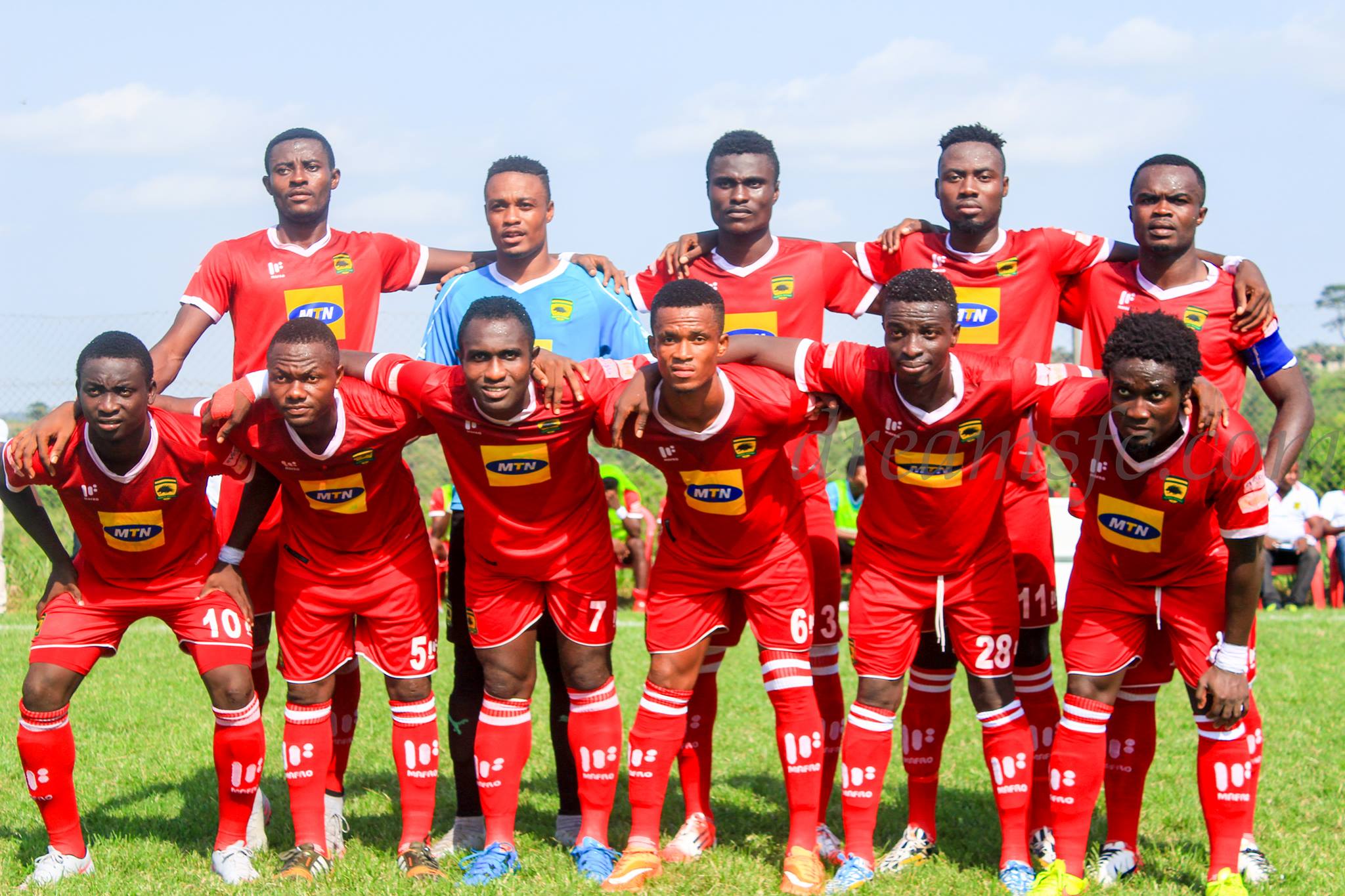